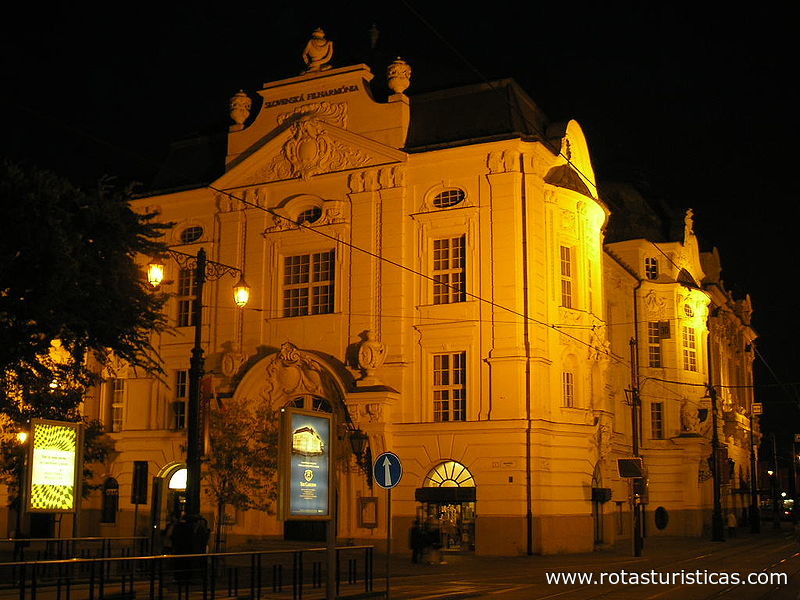 Suggest Place to Visit
171
The Slovak Philharmonic (Slovenská filharmónia) is a symphony orchestra in Bratislava, Slovakia.

Founded in 1949, the orchestra has resided since the 1950s in the Baroque era Reduta Bratislava concert hall constructed in 1773. Also giving seasonal concerts, it also plays regularly at music festivals throughout Europe, and has made international tours to Cyprus, Turkey, Japan, and the United States. The orchestra has produced many critically acclaimed recordings, particularly for Naxos Records.
Comments

We don´t have yet any comments about:
Slovak Philharmonic (Bratislava)
Be the first to leave a comment as it is very important to inform other people

Within a radius of 20 km from:

AT 0.1 Km
Bratislava . Bratislava
The heart of the ancient city

AT 0.1 Km
Bratislava . Bratislava
Apartment in the Old Town

Research which route you want to comment or rate, or even consult

Add photos to the tours

Add photos to the Transfers

Join. Add places of interest to be visited

Participate, let others to known the restaurants you recommend